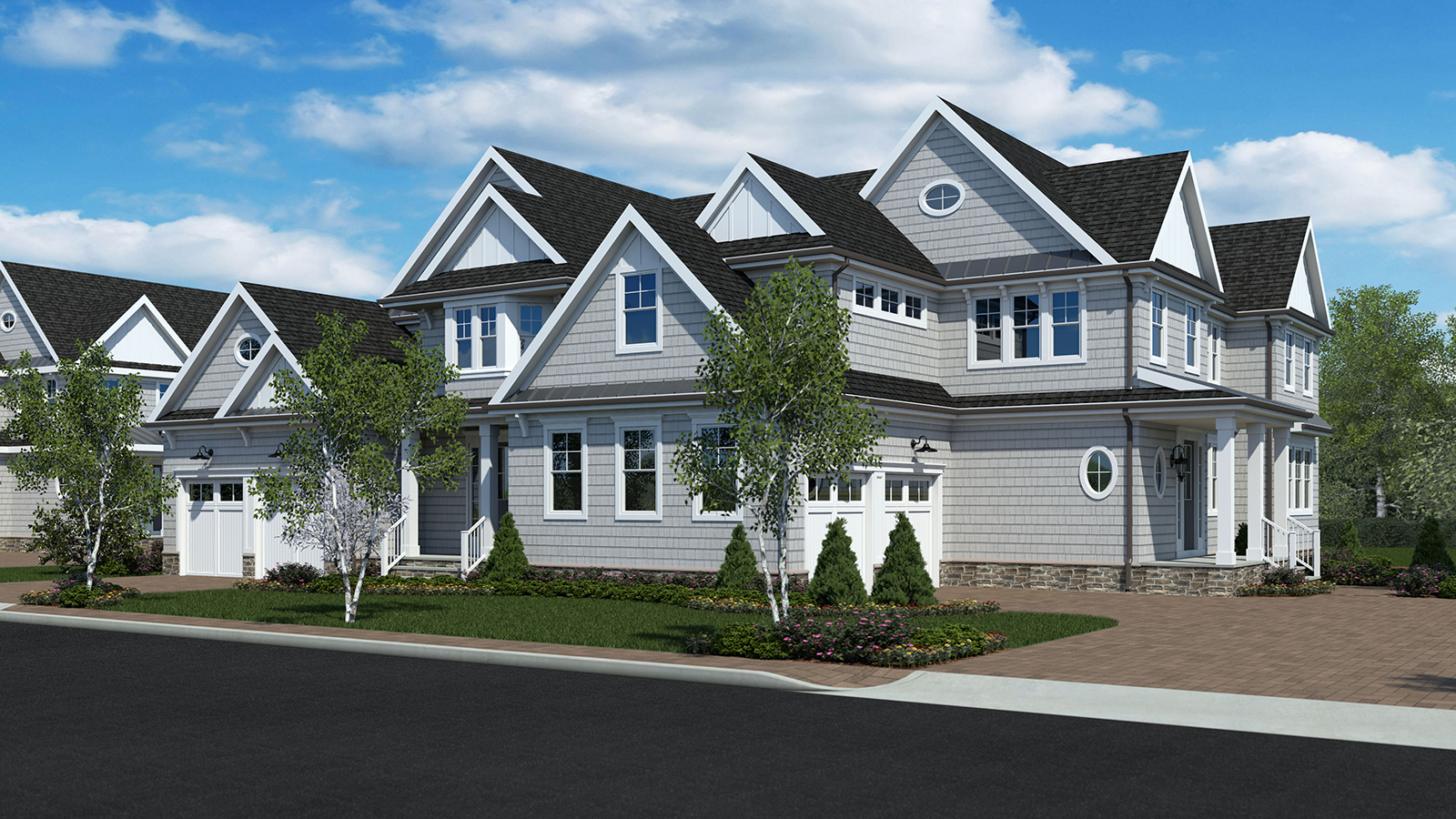 RUMSON, NJ – Despite hesitation from some members of the public, plans for nine luxury duplexes on Bingham Avenue were approved by the Rumson Planning Board Monday night.

The application, brought by Red Bank-based Yellow Brook Property Co. LLC, falls in accordance with last year’s settlement agreement between the borough and Yellow Brook, owned by local developer Roger Mumford. It was unanimously approved with conditions July 12 after nearly three hours of testimony and board and public comments, despite some criticism from residents.

“The design of this community was basically to create a new type of housing concept that would utilize duplex home designs that give the appearance of a high-end, single-family, seashore colonial home design that reflect… other single-family homes in Rumson,” said architect Paul Grabowski in June. “Based on demographics, numerous Rumson residents have no high-quality move-down options for homes that includes low maintenance, a modern layout and, in addition, other market segments desire this type of home and lifestyle.”

The application in question was brought by Red Bank-based Yellow Brook Property Co. LLC, owned by local developer Roger Mumford. It calls for the construction of a multifamily residential housing development with 18 units in nine duplexes on the 5.129-acre site at 132 Bingham Ave.

Many residents have criticized Mumford’s plans for the site, and his character, largely resulting from a council meeting in January 2020 when the borough signed two settlement agreements – one with Yellow Brook and one with the nonprofit Fair Share Housing Center (FSHC) – to satisfy its state-mandated Mount Laurel fair share affordable housing obligations. Hundreds of residents urged the council not to comply and berated Mumford for his involvement. The harsh commentary continued on social media for some time.

Through negotiations, Rumson and FSHC settled on a realistic development potential (RDP) of 51 units; its total affordable housing obligation is 603 units. The unmet need of 552 will largely be addressed with overlay zoning, which allows a property owner to keep the property as it has always been or also one day develop multifamily housing with affordable set-asides. The borough’s 51-unit obligation will be met with five existing affordable housing units; turning existing market-rate units into affordable units; using rental bonus credits; and bringing in new rental and special needs bedrooms in the form of 100 percent affordable, special needs municipally and developer-sponsored projects.

There will not be any affordable units at the Bingham Avenue site. Instead, Yellow Brook will donate a property it owns on Carton Street to the borough and will pay $1.45 million to its affordable housing trust fund. Rumson will work with a nonprofit to build a 14-unit, 100 percent affordable project on Carton Street with funds from the trust. This project will go before the planning board as a separate application in the future.

The July 12 meeting was carried over from June 7 when the board heard from several of Yellow Brook’s professionals who testified and addressed the revised site improvements and plans for parking, layout, traffic impact, landscaping and more. Civil engineer Brian Decina, senior vice president of French & Parrello Associates, testified about the revised plans, including the addition of crosswalks within the internal roadways of the development, additional sidewalk between buildings No. 8 and 9, deeper concrete driveway entrance pads for all private driveways, refined landscaping plans, larger parking stalls and more.

But most of the nearly three-hour meeting involved questions and comments from the board and public.

Resident Bob Morris addressed the traffic impact at Bingham Avenue and Ridge Road. Despite traffic engineer Frank Miskovich’s testimony that the proposed development will not have a significant impact on traffic, Morris was not convinced. He suggested that the board conduct or commission an independent study of the anticipated impact on traffic and safety that this development could have.

Brian Casey, who lives next to 132 Bingham Ave., suggested that by changing the grade at the site, it will effectively construct “a dam that could be a problem for flooding” on his property. He said Yellow Brook is aware of his concern.

“As far as I can tell from the drawings, they’re raising the level that water would need to escape from this area by over 2 feet. That could create a big problem for me, create a flooding situation,” said Casey.

Earlier in the evening, Decina explained the proposed stormwater management plan for the site. The applicant is suggesting a StormTank Module, underground system that can be installed under parking lots, athletic fields, lawns and other places.

The stormwater runoff is collected into the stormwater grates and then conveyed underground through pipes and would enter a detention basin.

“We’re complying with the town and state requirements with respect to stormwater management. It has to function properly and it has to function in a manner that reduces the stormwater runoff over the existing condition on the property today, which we are doing,” said attorney Craig Gianetti of Day Pitney LLP, who represented Yellow Brook.

The article originally appeared in the July 15 – 21, 2021 print edition of The Two River Times.

Courtesy of The Two River Times