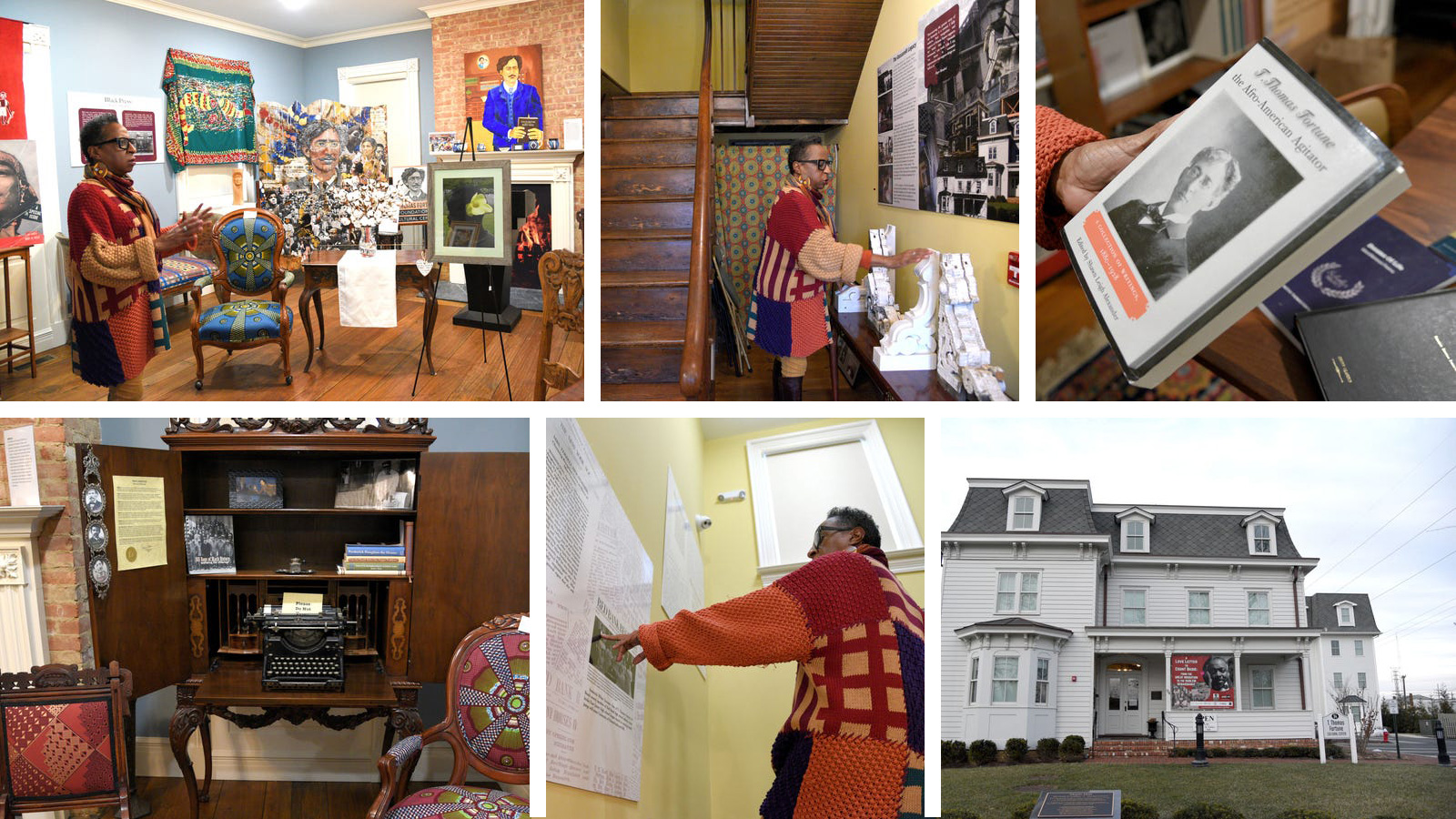 Actor Sullivan Jones plays Fortune, a pioneering Black journalist in the late 19th century, in the new HBO Max series “The Gilded Age.” He will appear for a Q&A Zoom watch party at 8 p.m. Monday hosted by the center before the premiere of the show, which delves into the story of a wealthy southern family moving to New York in the 1880s. The show was created by Julian Fellowes, who wrote “Downton Abbey.”

Previously Jones played a love interest in the TV series “Harlem,” and he will be portraying Muhammad Ali in an upcoming film titled “Heart of a Lion.” 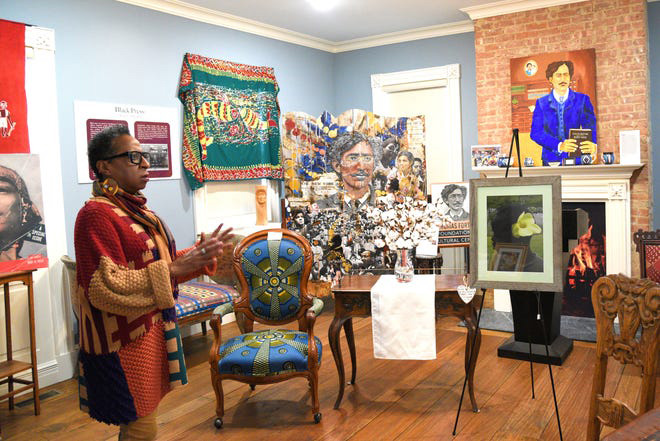 Gilda Rogers talks about the life of T. Thomas Fortune on Saturday, Jan. 15, 2022 in Red Bank.

‘The Gilded Age’: How this Massachusetts dollhouse snagged a role in upcoming HBO series

Jones said he heard about casting for “The Gilded Age” when a few of his castmates in the Broadway production “Slave Play” were auditioning for it. But there was no role for him, so Jones didn’t audition.

With the pandemic production pauses, HBO and the creative team on the show revisited the series’ storyline, and the character of Fortune was added, according to Jones.

Jones’s agent called him saying the show wanted him to send in an audition tape for the role.

“What was so funny,” Jones laughed. “I just was like, you know what, let me just Google this person just to see if something comes up. And I was shocked to find out that he was a real person. I had no idea. I thought he was a fictional character.” 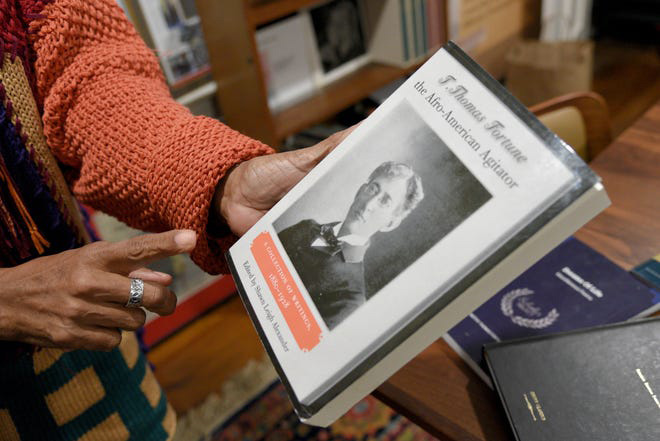 Gilda Rogers talks about the writings of T. Thomas Fortune from the Center’s library on the second floor on Saturday, Jan. 15, 2022 in Red Bank.

“We’ve heard of Booker T. Washington; we’ve heard of W.E.B. Du Bois. … We’ve heard of all these people,” Rogers said. But Fortune’s name was not taught along with his contemporaries in history books.

Fortune was born into slavery in Florida and freed during his childhood after the Emancipation Proclamation. He became a journalist and owned three newspapers: the New York Globe, the Freeman and the New York Age, consecutively. According to Rogers, the New York Age rivaled the New York Times at that time.

Fortune also brought his fellow pioneering Black journalist Ida B. Wells to his paper after white mob burned down her paper in Memphis, according to Rogers. Fortune’s paper was financed by Booker T. Washington.

“Even though Washington was a very conservative person when it came to speaking out about equality for African American people, Fortune was the opposite,” Rogers said. “So, Fortune was basically saying what Washington could not say, and Washington was paying for his newspaper. … They were working together but on two different fronts.” 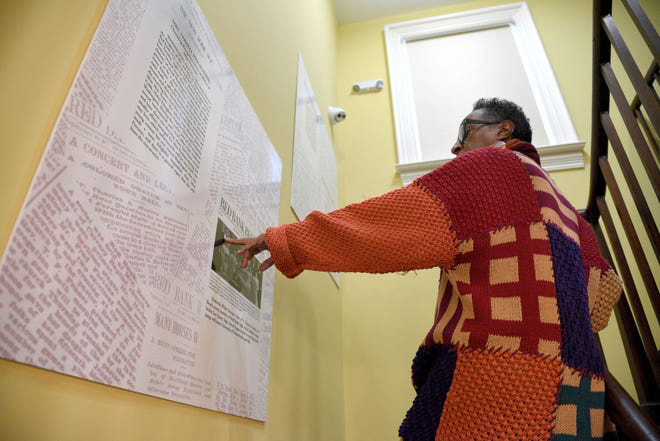 Rogers said that because Fortune grew up during Reconstruction and his father was elected to the Florida House of Representatives, Fortune saw the “nefarious workings of white politicians as it applied to the freedoms and liberties of African American people. And that became his life’s work.”

Fortune, who was biracial, fought for rights of African Americans, Italian Americans and was part of the women’s suffrage movement, according to Rogers.

“He has all this cultural heritage in his own body,” Rogers said. “He was just trying to make a better United States that was inclusive of everyone and respectful and treated everybody with the dignity and humanity that we all deserve… He identified as African American, but his mission was to bring all cultures and people together.” 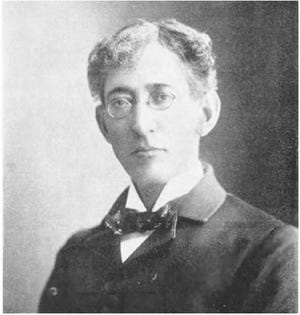 T. Thomas Fortune lived Red Bank and was considered one of the most important African-American voices at the time.

When living in Red Bank, Fortune had a business that helped Black families buy houses in addition to his job as an editor.

Rogers said when Jones had contacted the center, it was the first time any actor or show had reached out to learn about Fortune’s life and legacy. 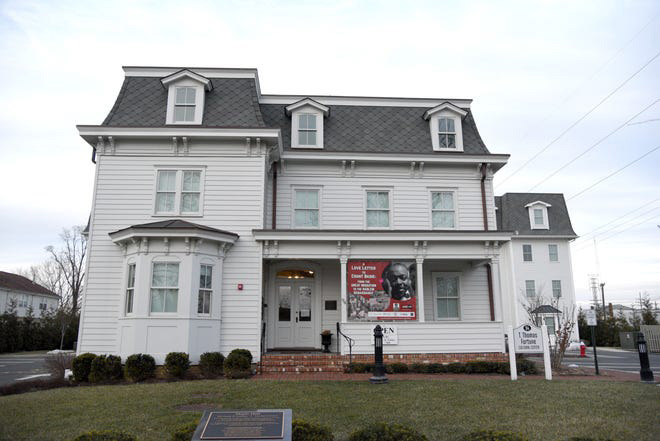 Jones credits the show’s writer, Sonja Warfield, and producer Erica Armstrong Dunbar — both Black women — with weaving historical figures into the storyline and bringing three dimensional Black characters to the show. Dunbar is also a history professor at Rutgers University.

“Both those ladies are amazing,” Jones said. “They had such a detailed, nuanced, compassionate view on the period and the characters that they were trying to render in the story.”

Jones said production for the show lasted 10 months, and he was a guest actor for a few weeks. He said he was astounded by the level of accuracy to the time period the show embraced. On the first day, Jones’s character Fortune had to greet another character. Dunbar stepped in to explain how people shook hands in the late 1800s. 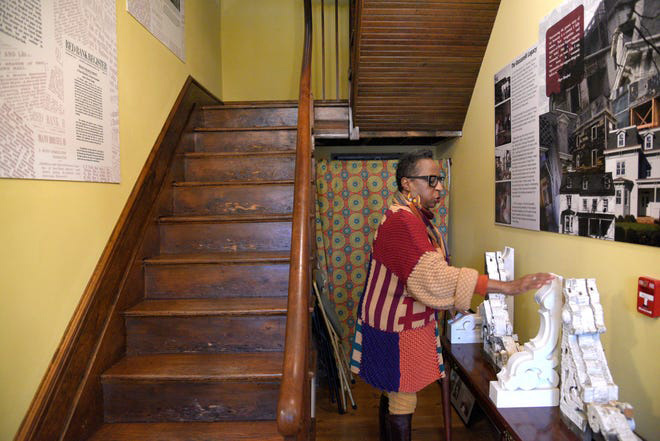 Gilda Rogers, executive director for the T. Thomas Fortune Center, explains the restoration process of the center on Saturday, Jan. 15, 2022 in Red Bank.

He said he liked how the show included the lives of Black scientists and lawyers who had lived in the late 1800s.

“Black people at that time were formally and systematically unable to participate in anything civil. … So, there was this pent-up … eagerness and excitement and drive to want to get involved,” Jones said. “It’s cool that the show is carving out a space to illustrate that happening, and I don’t really know if I’ve ever seen that in a show.”

Jones said he liked the incorporation of Black history into shows in timelines beyond slavery and the Civil Rights movement.

Rogers said, “This is golden for us to be able to get some acknowledgement that will come from … Sullivan Jones playing T. Thomas Fortune.”

She pointed to a poem by Fortune titled “There is no Death,” written in 1903. The last line reads, “I shall live again.” 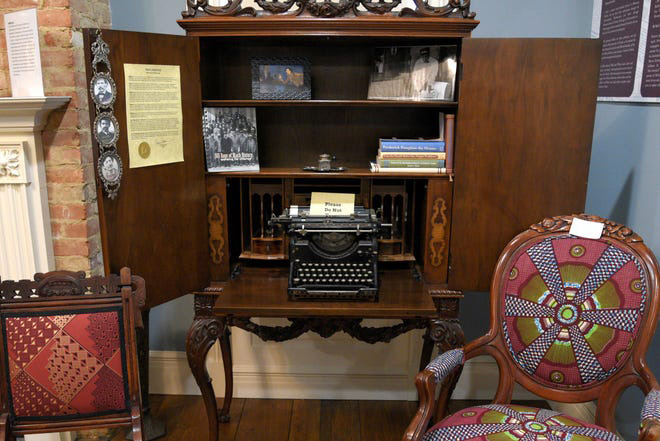