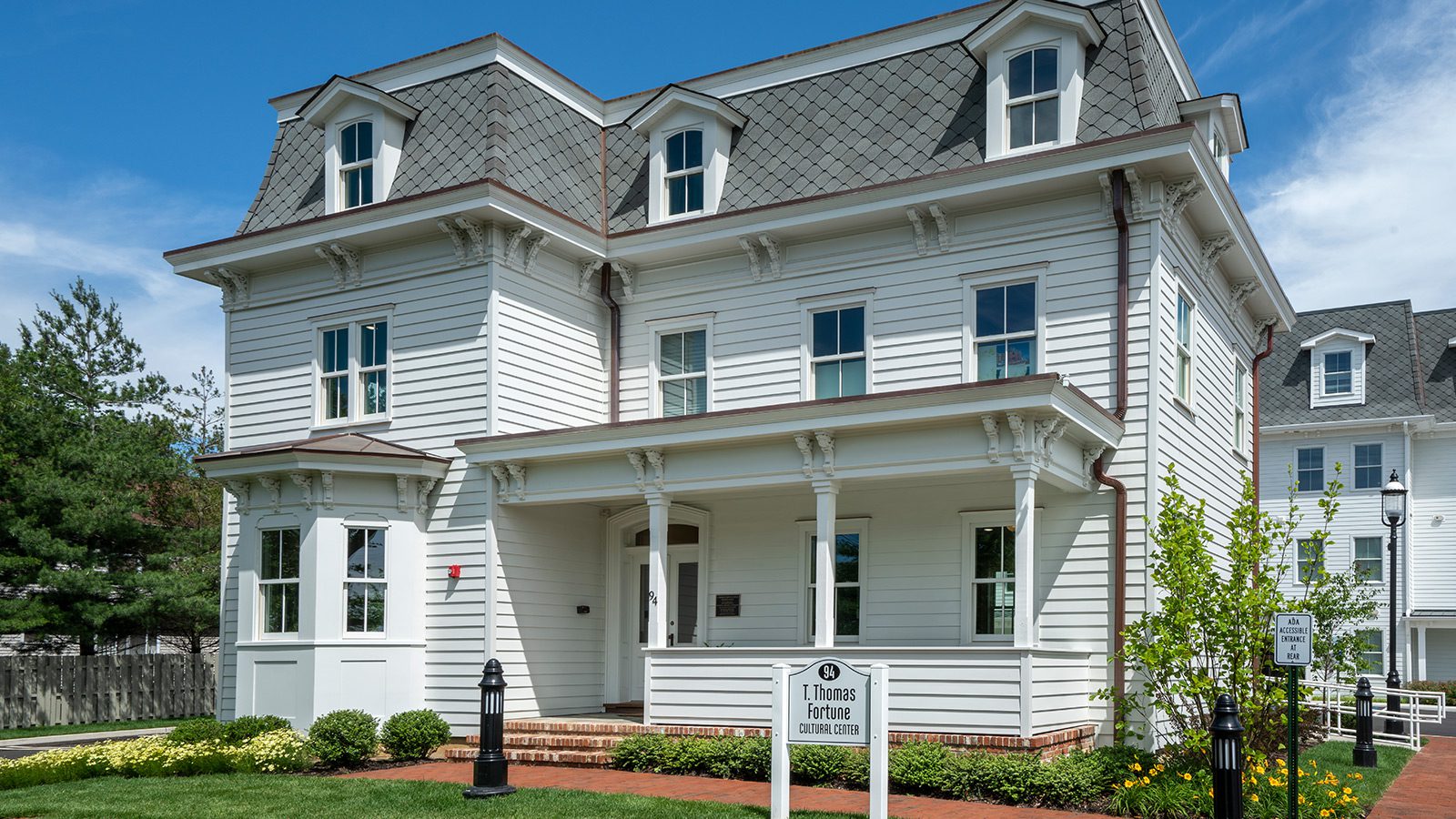 The home will now “stand and educate people,” as a cultural center as builder Roger Mumford put it. Mumford, of Roger Mumford Homes, restored the property that Fortune called home from 1901-1911.

The center will make its public debut as a new addition, destination and stop along the Weekend in Old Monmouth historic tour May 4 and 5.

“He was a brilliant man, on the right side of history,” Mumford said.

Fortune was born into slavery in 1856 in Marianna, Florida. He moved to New York City in the late 1870s where he became co-founder and editor of The New York Age, the nation’s leading African-American newspaper.

According to the T. Thomas Fortune Foundation, which spearheaded the home’s preservation, Fortune’s tenure at The New York Age established him as the leading African American journalist of the late 19th and early 20th centuries.

“Under his editorial direction, the paper became the nation’s most influential black paper, and was used to protest discrimination, lynching, mob violence and disenfranchisement,” the Foundation said.

In 1901, Fortune and his family moved from Brooklyn to what was then 94 Beech St. in Red Bank and christened his new home “Maple Hall.”

At Maple Hall, Fortune and his wife, Carrie, entertained many of the most influential African American leaders of the day, among them Booker T. Washington, with whom Fortune had a long professional and personal association, the Foundation said.

While the foundation of the home dates back to 1774, there have been additions to it since. The house is recognizable by its mansard-style roof and yankee-gutter system.

James Vaccarelli purchased the home shortly after the Fortunes left and his descendants continued to occupy the home until 2006, when it was left vacant.

The house was designated as a National Historic Landmark on Dec. 28, 1976.

The Vaccerelli family considered demolishing the house, notwithstanding years of efforts from a local group to save the home and preserve Fortune’s legacy.

In stepped local home builder Mumford with a $7.5 million proposal that would save the house and allow him to build 31 luxury apartments called Fortune Square back of the property.

Mumford purchased the property for $925,000 in 2017 restored the home and donated it to the T. Thomas Fortune Foundation and Cultural Center for $1.

“We find economic solutions to things we believe in. This project and restoration are going to serve the purpose of being a beautiful cultural center that is going to work for a more inclusive society,” Mumford said.

The center will have two permanent art installations on the first floor, “Fortune’s Legacy,” by Lavett Ballard and “Enough,” by Julia Rivera.

The upstairs space is devoted to a multifunctional open space named the Drs. James Parker Community Room, which salutes the Parker Family’s rich legacy as doctors who served all people of the greater Red Bank communities.

Article courtesy of the Asbury Park Press. Click here for the full article on app.com

About Roger Mumford Homes
Roger Mumford Homes was founded in 2005 by Roger Mumford, former President and Co-founder of the Matzel & Mumford Organization, which built over 75 new home communities in New Jersey. The builder has since earned multiple awards in recognition of its excellence in design and detail, reinforcing its brand and reputation. To learn more, please visit RogerMumfordHomes.com or call 732‑842‑1580.